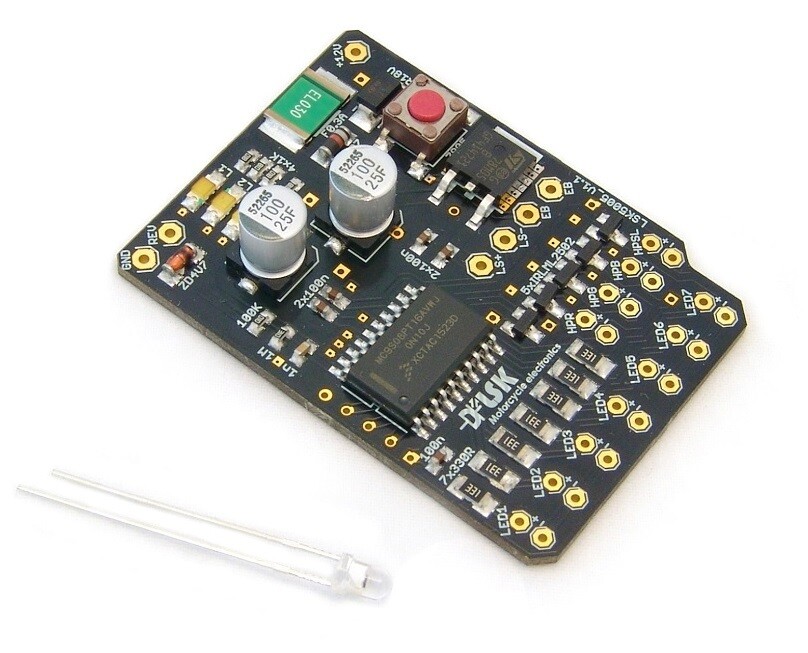 Powerful multifunctional tachometer suitable for integrating into a motorcycle’s dashboard or constructing your own DIY device. It can be used as a simple revolution counter, but also in addition to a factory-mounted revcounter as a warning before revlimiter like in Triumph Speed Triple (including flashlight when close to the limiter). There is also another output to use the device as a so-called “shift-light” – it will flash when a certain revs were reached. Moreover it can be used as RGB LED controller that causes smooth color changes depending on RPM.

Save this product for later
Display prices in: EUR